INTERIM REPORT
of the Commissioner for Human Rights (Ombudsman) of the Republic of Azerbaijan on child casualties occurred as a result of missile attacks on civilian settlements of Azerbaijan
1
Introduction
2
Child causalities
3
Legal aspects
4
Recruiting children in military operations
5
Conclusion
The aim of this report is presenting to the international community, particularly, the international human rights organizations the facts and pieces of evidence on child casualties occurred as a result of attacks of armed forces of Armenia on civilian settlements in Azerbaijan since September 27, 2020.

The present Report is based on the results of 6 fact-finding missions carried out by the Commissioner for Human Rights (Ombudsman) of the Republic of Azerbaijan (HRCA), Sabina Aliyeva with the purpose to investigate on the spot the facts of gross violation of human rights. This report calls on international community to urgently react, to take necessary action to stop further human rights violations.

On September 27, 2020 the armed forces of Armenia, blatantly violating the ceasefire regime have launched another aggression against Azerbaijan, by intensively attacking the positions of the armed forces of Azerbaijan along the contact line, as well as by deliberate artillery shelling on densely populated residential areas of Tartar, Aghdam, Fuzuli and Jabrayil districts.

On the following days, Shamkir, Beylagan, Yevlakh, Aghdam, Fuzuli, Jabrayil, Goranboy, Tartar, Barda, Aghjabadi, Ganja and other cities and districts were subjected to heavy bombardment, including with mid-range missiles.

As a result, there have been casualties among civilians including women and children. Extensive damage has been inflicted on many houses and other civilian infrastructure.

In total, more than 90 civilians, including 12 children were killed, and more than 450 civilians were wounded as a consequence of heavy artillery shelling, 50 out of which were children. More than 3410 houses, 120 multi-apartment residential buildings and 512 civilian infrastructure including numerous schools, hospitals, kindergartens were destroyed as a result of these attacks.

The methods of investigation are as follows:

1. The direct investigation by the Ombudsperson on the spot.

2. The investigation by the staff of the Ombudsman Office.

3. Responding to the appeals of civilians suffered from the military attacks of Armenia.

4. Using the trusted information resources.
Child causalities
Within the frames of the fact-finding monitoring conducted on September 28, 2020, the Azerbaijani Ombudsman has visited the village of Gashalti Garagoyunlu in Naftalan city and the civilian settlements of Terter district and the city center of Terter, which were subjected to heavy artillery fire by the armed forces of Armenia and has inspected the situation there.

As a result of fact-finding monitoring, it was observed that the Armenian armed forces mainly targeted deliberately the civilian objects, houses, hospitals, educational institutions, kindergartens, administrative buildings of government agencies and other social facilities.

Numerous deaths and injuries were reported among the civilian population as a result of ongoing shelling from heavy artillery and large-caliber weapons, including air strikes, numerous private houses and other social objects in the settlements were completely destroyed, they were severely damaged, and livestock were massively killed.

The facts of gross violation of the fundamental rights and freedoms of citizens including children enshrined in international legal acts were identified. 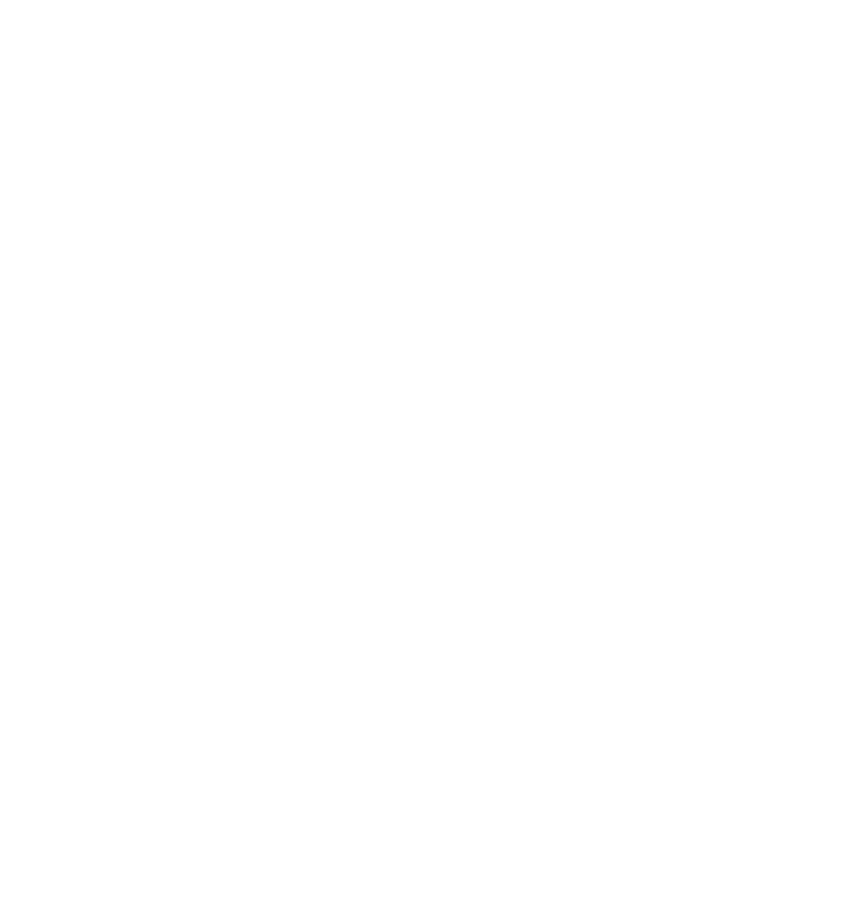 11-month-old Zehra Eyyubova (b. 31.10.2019) seriously injured as a result of a shell explosion in Ganja city on October 4, 2020
As a result of rocket and artillery strikes from the territory of Armenia on Ganja, serious damage was caused to residential buildings, civil facilities, historical buildings, and 32 civilians, including children, women and the elderly, were injured and one was killed.

On October 11, at around 2 am, the Armenian armed forces attacked the multi- apartment building in central part of Ganja, 10 residents of the building were killed, 34 people were injured. Nine of them were children under the age of 16, including 2-year- old Yagmur Mehdiyeva, Nilay Aliyeva and Mariam Hasanova, 6-year-old Aylin Hasanova, 4-year-old Bakhtiyar Heydarli, 12-year-old Shafa Shirinova, 14-year-old Shamiddin Shirinov, 15-year-old Aysu Aliyeva and 16-year-old Salim Mustafazade.
Moreover, 10 multi apartment buildings more than 100 different social infrastructures including kindergartens, schools and hospitals were severely damaged.
Children wounded during the next shelling of Ganja city on October 11, 2020
On 17 October 2020 around 01:00 a.m. at night, Armenia's armed forces shelled Ganja city the fifth time with SCUD internationally prohibited weapon that caused numerous casualties.

On November 7, 2020, at noon, 16-year-old Shahmali Rahimov was killed as a result of the shelling of Barda district by the Armenian armed forces.

Totally, four children lost both of their parents.
Besides putting children's lives at risk, these attacks also caused disruption of their development, learning and limited access to healthcare services.
Legal aspects
Undoubtedly, children are the most vulnerable ones among the population. Internationallaw is very clear about the protection of children – any person under the age of 18 – and the need to give primary consideration to their best interests in all circumstances (as enshrined in the United Nations Convention on the Rights of the Child (UNCRC)).

The principles and provisions to protect children in armed conflict are laid out in the Geneva Conventions (1949) and their Additional Protocols (1977), the Convention on the Rights of the Child (1989) and its Optional Protocol on the involvement of children in armed conflict (2000), and the Rome Statute (1998) of the International Criminal Court.

The Declaration on the Protection of Women and Children in Emergency and Armed Conflict adopted by the UN General Assembly on December 14, 1974, stresses that attacks and bombings on the civilian population, inflicting incalculable suffering, especially on women and children, who are the most vulnerable members of the population, shall be prohibited, andsuch acts shall be condemned.

All States shall abide fully by their obligations under the Geneva Protocol of 1925 and the Geneva Conventions of 1949, as well as other instruments of international law relative to respect for human rights in armed conflicts, which offer important guarantees for the protectionof women and children. Despite the Republic of Armenia also has to fulfill its obligations arising from these international agreements, it totally fails to implement them.

PACE also passed a Resolution 2204 (2018) Protecting children affected by armed conflicts whereas it highlights Council of Europe standards in this field, such as the Council ofEurope Strategy for the Rights of the Child (2016-2021), which calls for children to be protected against violence, including in armed conflicts, for action to be taken to rebuild theirtrust after having experienced such violence and for the setting up of child-friendly legal and administrative procedures.

According to Article 38 of the UN Convention on the Rights of the Child, States Partiesundertake to respect and to ensure respect for rules of international humanitarian law applicable to them in armed conflicts which are relevant to the child and in accordance with their obligations under international humanitarian law to protect civilians in armed conflicts, StatesParties shall take all possible measures to ensure the protection and care of children affected by armed conflict. However, the Armenian state continues to violate grossly the norms of this document, which it is a party to.
Recruiting children in military operations 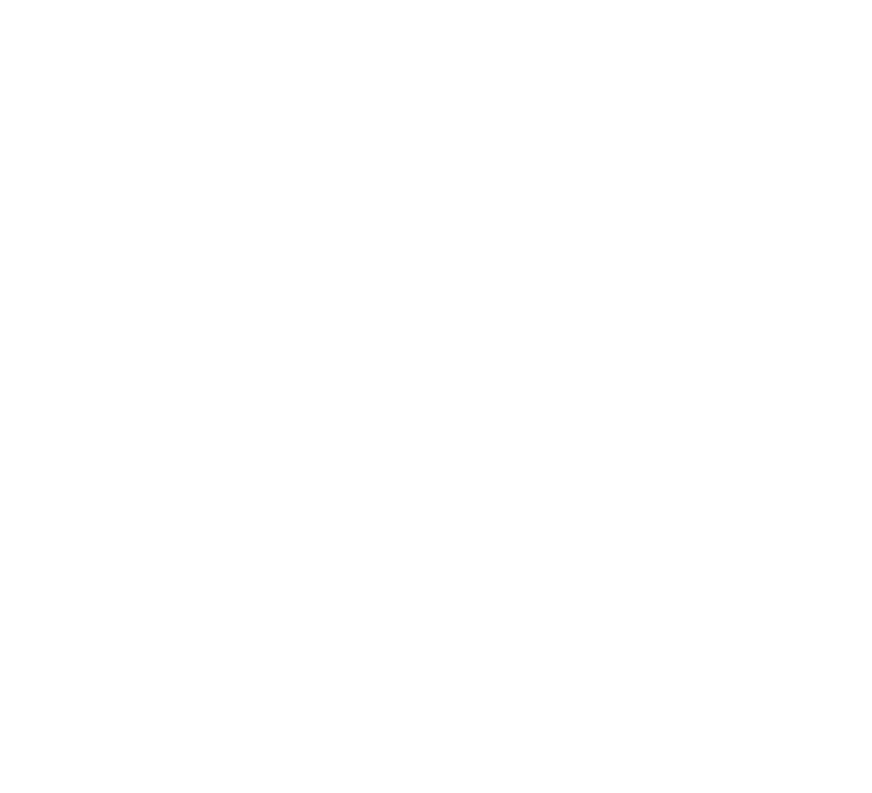 Military men of Armed forces of Armenia holding a meeting in a kindergarten
The fact that Armenia used children during the war against Azerbaijan also deeply concerns us.

In a video footage that were shared on social media platforms it is apparent that Armenian military are involving a child, most notably well under the age 15 in the active artillery shelling against Azerbaijani positions.

The Additional Protocols to the 1949 Geneva Conventions (1977, Art. 77.2), the convention on the Rights of the Child (1989), and the Rome Statute of the International Criminal Court (2002) all forbid state armed forces and non-state armed groups using children under the age of 15 and Optional Protocol on the Involvement of Children in Armed Conflict (OPAC) (2000) and the Worst Forms of Child Labour Convention (1999) forbid the compulsory recruitment of those under the age of 18 in armed conflict. Thus, this is recognized as a war crime.

Video where a teenager is involved in military attacks
Conclusion
Totally 12 children were killed, 50 children were wounded, 4 children lost both, many children lost one of their parents a result of heavy artillery shelling by Armenia of civilian settlement in Naftalan, Agjabadi, Ganja, and Barda cities of Azerbaijan.

Civilians, particularly children must not be target in the battles. Children as the most vulnerable group of population suffers from it much. The intensive bombardment created panic and horror among children, caused psychological damage to them, limited their access to education and healthcare services, thus impeded their development.

So far, I have conducted 6 fact-finding missions during which I observed that the Armenian armed forces mainly targeted deliberately the civilian infrastructures, houses, hospitals, educational institutions, kindergartens, and other social facilities. Numerous schools and kindergartens were damaged.

To date, I have issued 7 statements and urged all relevant international organizations to call Armenia to stop shelling the civilian settlements and follow the norms and principles of international law. I urged to UNICEF Regional Director for Europe and Central Asia and asked to conduct on-spot investigation and to see the consequences of shelling by Armenian armed forces.

Second time I sent a letter to UNICEF Executive Director with regard to their vague Statement on one month fighting in and beyond Nagorno-Karabakh in which they mentioned the names of children killed in regions of Azerbaijan far from the combat zone but didn't put their surnames and where they were killed, which could be considered as a biased approach.

Thus, according to the evidence we collected, Armenian armed forces didn't only violate humanitarian law by targeting civilians and committing war crimes, but also grossly violated international human rights law.
The Commissioner for Human Rights (Ombudsman) of the Republic of Azerbaijan